Can You Treat Diabetes Affecting Your Eyes? 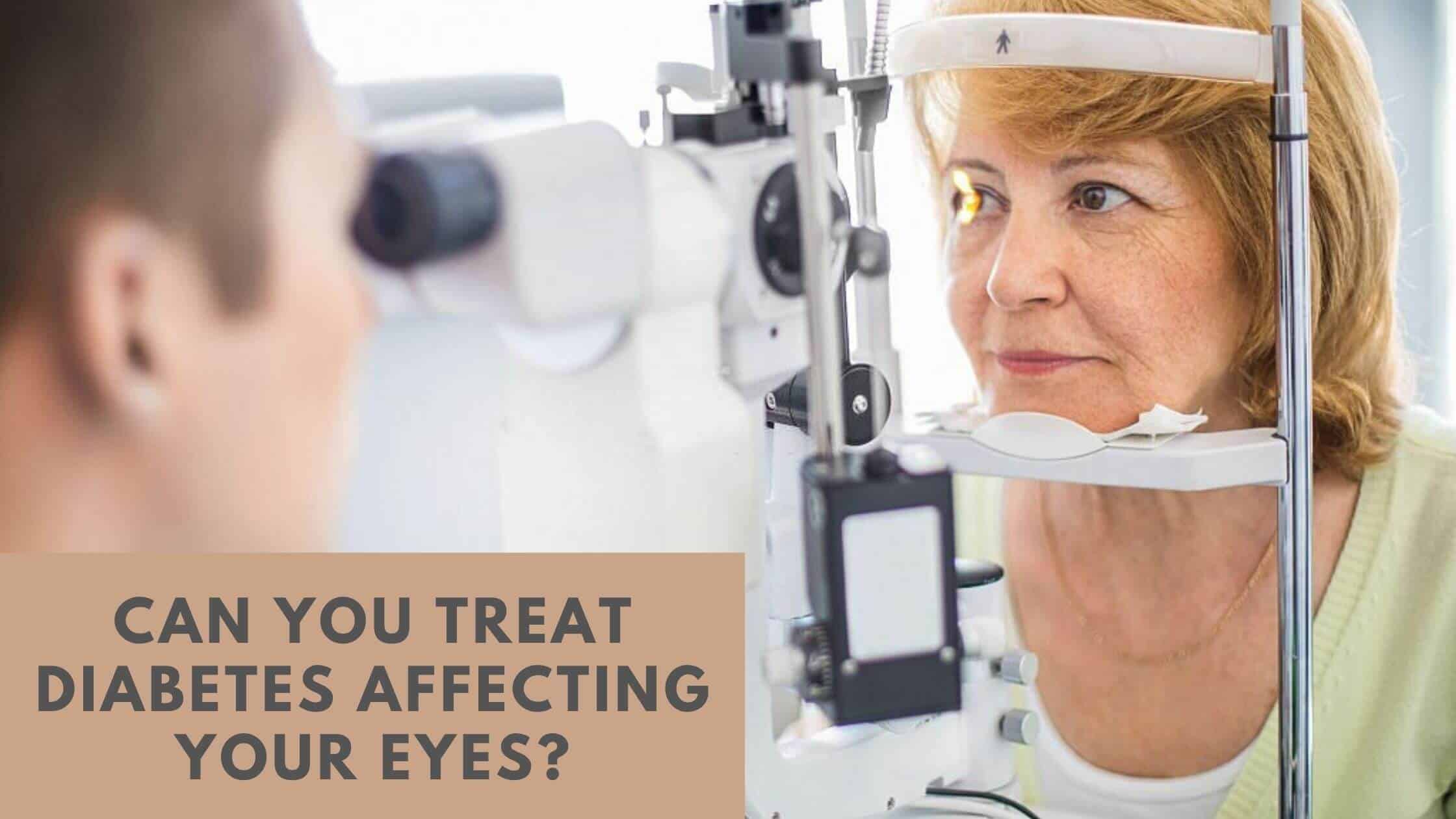 Diabetes is a long health condition that affects your body’s ability to convert food energy. The food you have is converted into sugar and is released into your body’s bloodstream. This blood sugar is also known as glucose.

Diabetes severely impairs your body’s ability to produce insulin that is needed to control blood sugar levels. If you develop diabetes, then it’s never the end of the world, instead, it’s an indication that certain lifestyle changes should be made for the rest of your life.

Prediabetes is a quite strange condition where your blood sugar levels shoot up high, but not higher enough to be diagnosed as type two diabetes. Some studies reveal that patients with prediabetic conditions are at higher risk of developing type two diabetes, heart problems, and stroke later on in their life.

When Diabetes Affects The Eye?

People with diabetes, irrespective of the type, are at a higher risk of developing eye-related problems than normal people.

Diabetic retinopathy is a condition where the nerves and blood vessels inside your retina get severely impaired due to light sensitivity issues. Diabetic patients are at a higher risk of developing diabetic retinopathy.

Diabetic patients are also at a higher risk of developing other sorts of eye-related problems such as cataracts.

It’s quite an easy job for your family physician to diagnose eye issues that pop out due to diabetes. After the initial diagnosis, he may refer you to an eye specialist where further treatment options are carried out.

The best option to manage your diabetic-related eye problems is to control your blood sugar levels as much as you can. If it is too late, then medical intervention might be needed.

Your eye specialist may treat you with medicines like aflibercept, bevacizumab, or ranibizumab. All these medicines do possess anti-VEGF properties

Vitrectomy is another eye procedure carried out in diabetic patients. During this procedure, the eye surgeon removes the gel-filled inside your retina.

Cataract surgery. Cataract surgery is carried out by the eye surgeon to remove the damaged cloudy lens and replace it with an artificial intraocular lens (IOL)

Laser therapy. Laser therapy is usually performed to treat diabetic retinopathy. Diabetic retinopathy is a condition that can even lead to complete blindness. Conducting laser therapy results in the formation of some scar tissues inside the retina, which slows down the growth of new blood vessels that can be potentially threatening to the health of your retina.

The best option for diabetic patients to get rid of diabetic-related eye problems is to keep their blood sugar under control. If eye problems have already started to pop up, then it is time to consult your eye specialist and medical intervention should be there as soon as possible.