Gestational Diabetes Effect On Baby – All You Need To Know! 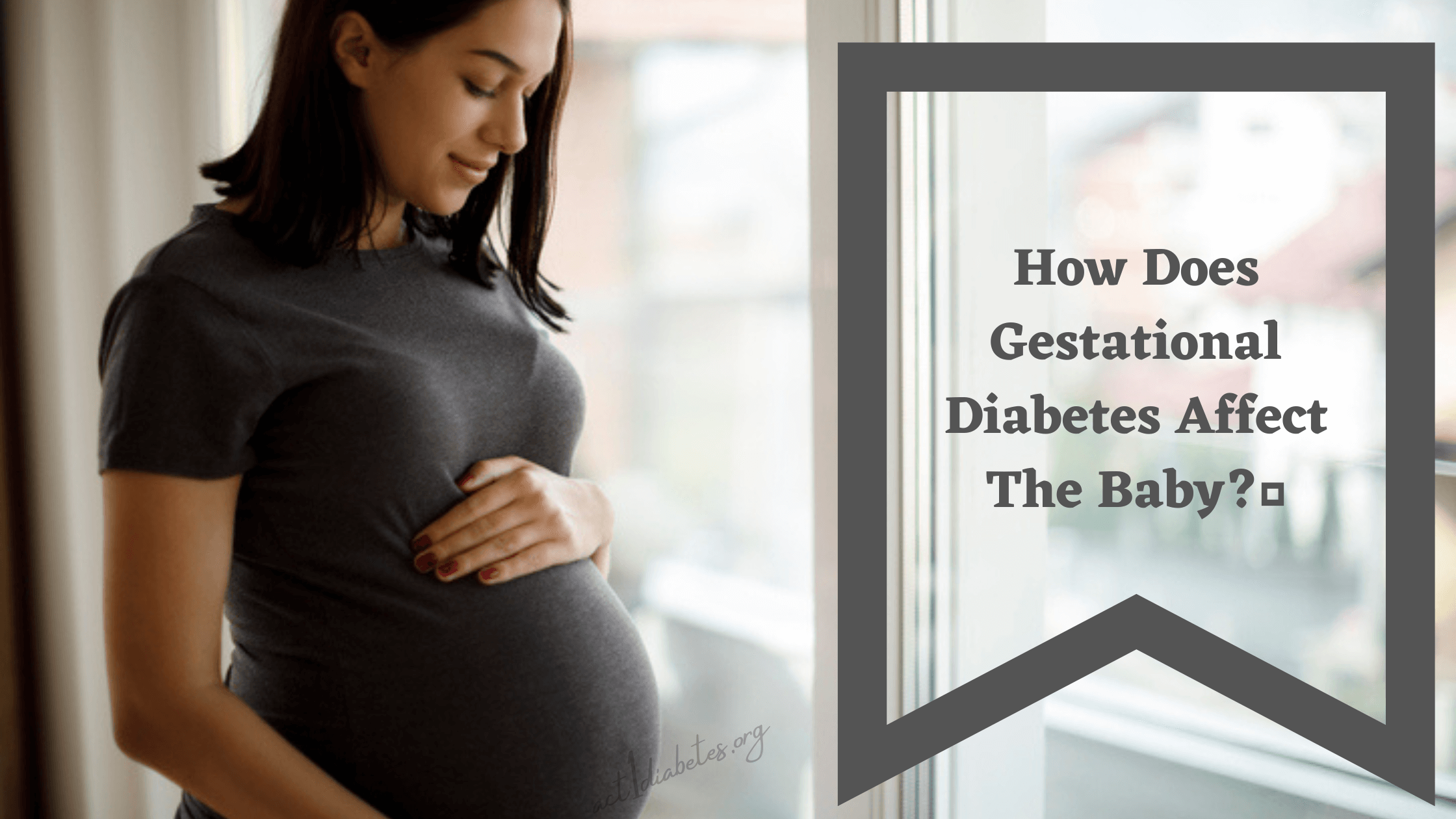 Gestational diabetes’ effect on the baby has been known to play a role in shaping the outcome of the child. The developing child is affected by the exposure to sugar in the womb and this can have a bearing on the risk of autism and other neurodevelopmental disorders.

What is Gestational Diabetes?

Hormonal changes during pregnancy cause your body to make more insulin than usual. This can lead to gestational diabetes if it’s not controlled through diet, exercise, and medication (if needed).

How does Gestational Diabetes affect the baby?

Gestational diabetes can affect your baby’s health in several ways:

Your baby may be born larger than average (macrosomia). This increases the risk of birth injury and complications during delivery.

Your baby may have low blood sugar (hypoglycemia) after birth, which can cause jitteriness, irritability, and poor feeding.

Your baby may have a higher risk of developing type 2 diabetes later in life.

How does Gestational Diabetes affect mother and baby?

Gestational diabetes (GD) is a condition that develops during pregnancy. It causes high blood sugar levels and can affect the health of you and your baby.

The effects of gestational diabetes on the mother depend on how well the condition is controlled.

The main problems associated with gestational diabetes are:

Excessive weight gain during pregnancy can lead to health problems including high blood pressure, swelling (edema), and aches and pains.

Increased risk of miscarriage and stillbirth.

Difficulty in losing weight after birth may increase the risk of developing type 2 diabetes later in life.

The answer is yes. Gestational diabetes is considered a high-risk pregnancy.

Gestational diabetes generally develops during the second half of pregnancy, according to the Mayo Clinic. It occurs when the body has trouble using insulin and blood sugar levels rise too high. If blood sugar rises too high, it can cause problems for both mom and baby.

Here are some things you should know about gestational diabetes:

It’s not always easy to detect and diagnose. If you have symptoms of gestational diabetes — such as excessive thirst, frequent urination, and unexplained weight loss — talk to your doctor right away. Gestational diabetes is easier to treat if it’s discovered early on in your pregnancy because treatment can reduce complications for both mom and baby later on down the road.

If you have gestational diabetes, there’s a greater risk of having a large baby or giving birth prematurely (before 37 weeks).

Having certain complications during labor is also more likely with gestational diabetes, including an inability to push effectively during your delivery (uterine inertia) and excessive bleeding after birth (postpartum hemorrhage).

Do you need bed rest for Gestational Diabetes?

The answer is not really. Most women do not need bed rest for gestational diabetes, but it can be helpful for some.

Convulsions (seizures). This is when your body shakes uncontrollably and you lose consciousness. Convulsions are very serious and require immediate medical care.

Kidney damage. When your kidneys don’t work correctly, they take longer than usual to remove extra glucose from your body through urination; this causes high blood sugar levels and can lead to other health problems.

Hyperosmolar coma. This is a life-threatening condition that occurs when there are too many sugar molecules in the bloodstream; it’s like having too much sugar in your coffee — it makes you feel drunk or dizzy.

In conclusion, gestational diabetes can have many side effects on the baby depending on how much sugar is in the baby’s system at birth.

Doctors are now taking pre-conception care very seriously because they know the risks to the fetus increase with each pregnancy.

A woman who is thinking about becoming pregnant should be cautious about her blood sugar levels, weight and diet before conception.

If a woman has a previous history of gestational diabetes, her doctor may suggest that she takes insulin upon conception or as soon as she misses her period.

The frequency of blood glucose testing will depend upon the type of diabetes as well.