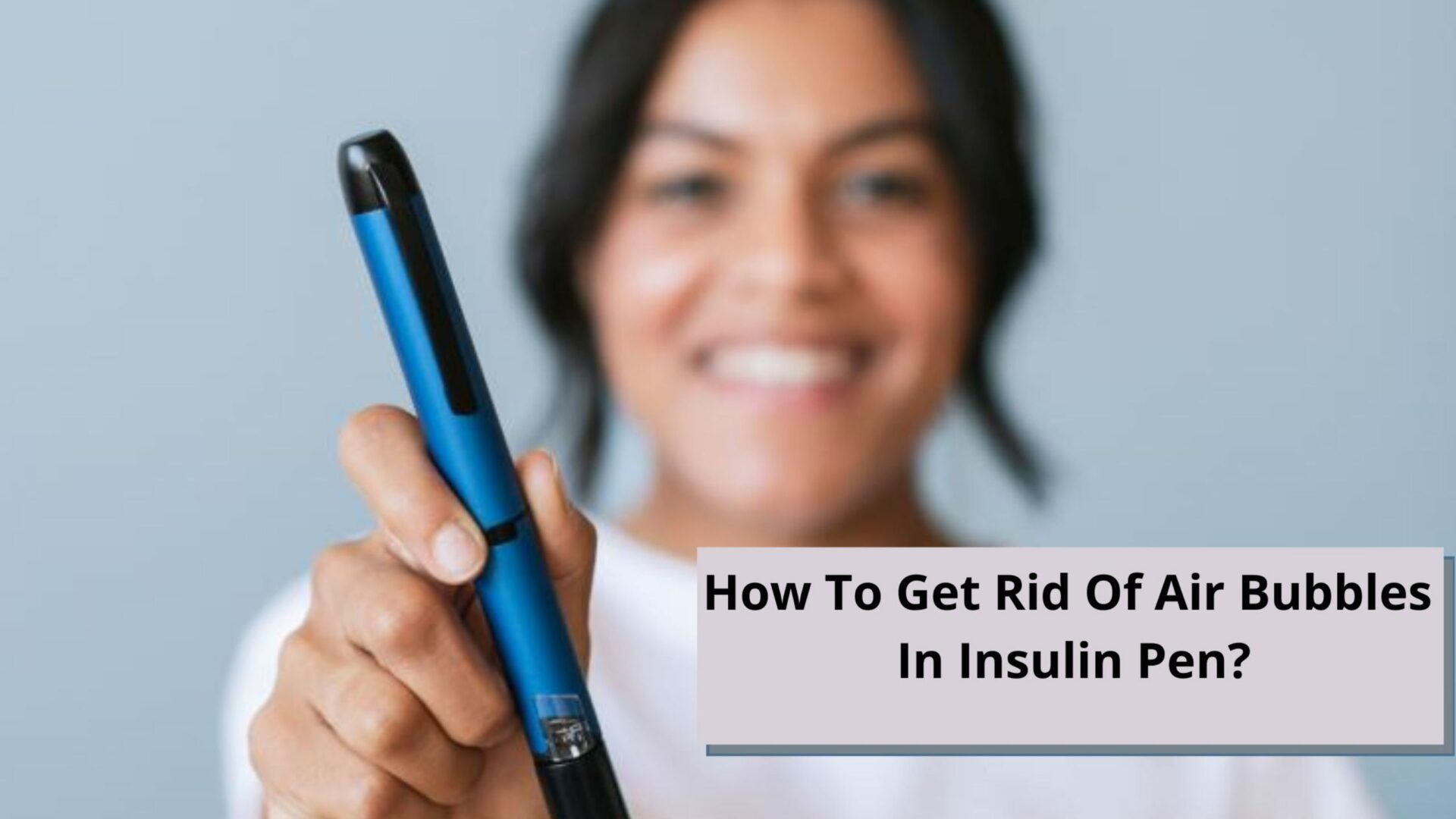 The use of insulin and insulin pens is increasing day by day as almost everyone is a victim of diabetes nowadays. It does not give any consideration to even youngsters.

Either it can be due to hereditary causes or due to an unhealthy life routine. Anyway, there is no use in blaming anyone now.

So we have to move on in life. This article let you know more about insulin pens and their uses. Also, you will learn how to remove air bubbles from an insulin pen and whether these air bubbles cause any harm to your body.

What Is An Insulin Pen? Types Explained!

An insulin pen is a pen, the size of a marker that is used to inject insulin beneath your skin into the blood with the needle attached to the end.

Insulin is necessary for your body to regulate your blood sugar level and convert glucose to energy. Diabetic patients will lack the insulin that is required and is injected into their bodies. So insulin pens are used to make this purpose simple. Two types of insulin pens are available.

As the name refers they are disposable and are for one-time use. They are filled with insulin and after using the entire pen are disposed of. After opening, it can be used for up to 28-30 days. This type of insulin pen is mostly used.

👉It is compact, light, and portable.
👉Some of the insulin pens are reusable and can be used after refilling the insulin.
👉It reduces the pain during injecting.
👉It provides a more accurate reading than syringes and vials which will be more helpful for those with impaired vision.
👉It can be used as a backup for those who use an insulin pump.
It is very simple to use.
👉Digital insulin pens are now available and they help you to remember the time and amount of last injected insulin.

The main problem that is faced by the patients is air bubbles in the insulin pens. It is important to remove air bubbles before injecting, otherwise, the process will become very painful for them. Even though it does not cause any harm to your body, it alters the dosage of insulin injected and you will receive a lower amount of insulin than the required amount.

In some cases you will be forced to throw insulin along with the air bubbles to get rid of them, which you can’t afford. So it is best to find some way to remove air bubbles and also prevent them from entering the pen.

You must keep in mind that small air bubbles are not a matter and are seen more, but giant air bubbles which stick on to several parts are a problem because it changes the accurate amount of insulin injected and might be your blood sugar level will not get controlled.

So you have to obey the instruction given in the insulin pen to remove the air bubbles for the correct intake of insulin.

Some Points To Remember
👉Always remember to prime your insulin pen before injecting in order to remove air bubbles.
👉The insulin pen must be kept in a refrigerator or in the required temperature until it is open. After opening it is better to keep it at room temperature to avoid the forming of air bubbles. But keep in mind that certain insulin must be used within a few days. Talk with your doctors in such cases.
👉Leaving an open insulin needle attached to the pen will lead to the entering of air and it leads to the forming of air bubbles in the pen. So you must close the needle at any instant to avoid air bubbles.
👉Prevent the storing of the pen at hot temperature as the insulin in it will become ineffective. Also, there is a chance that the pen will get expanded due to high temperature, and insulin will leak out of it.

Insulin is the main routine of diabetics and it regulates their blood sugar levels. And insulin pens are now available to make their task easy.

As it is light, compact, and portable, it can be carried anywhere they wish. But while using a pen, you must ensure that the air bubbles are removed. Otherwise, you will not get the required dose of insulin which may lead you to a high level of blood sugar. So you must be careful while using it and prevent the chances of air bubbles entering it.