Is There Any Difference Between Diabetes Insipidus And Mellitus? 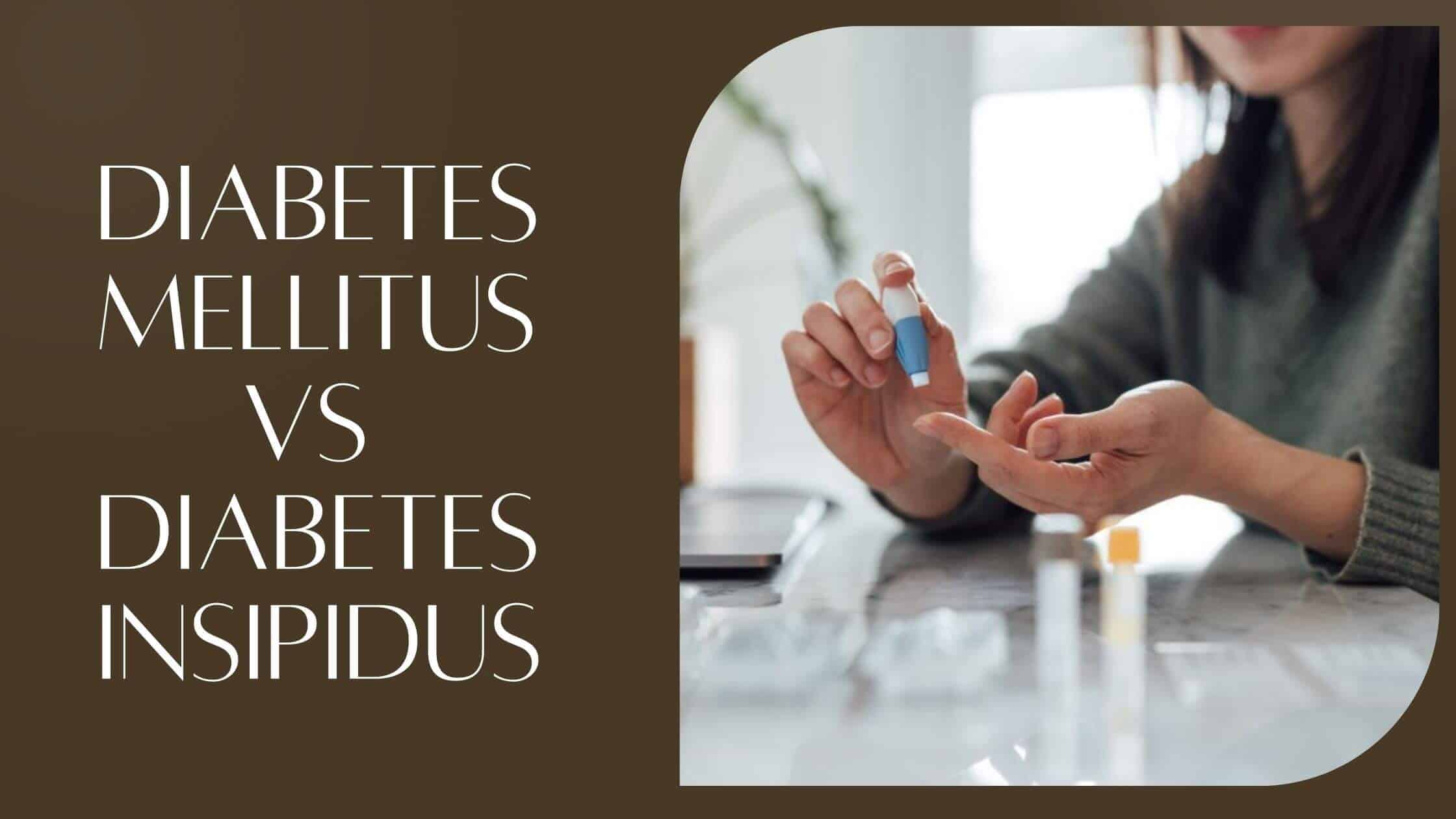 Although diabetes mellitus and diabetes insipidus are well-known clinical entities their pathophysiologic origin and long-term therapy are just recently understood.

Until a century ago, nothing was understood about the progression of these illnesses or their underlying causes. But thanks to the escalating development of medical science since we have a possible and accurate explanation of this disease.

Diabetes mellitus is referred to as diabetes in its simplest form. This condition develops when the pancreas is unable to produce enough insulin to control the amount of sugar or glucose in the blood.

Diabetes mellitus is also linked to an insulin-like hormone. It may be caused by insulin deficiency, insulin resistance, or a combination of the two. A higher genetic risk of diabetes is seen in many ethnic groups, including Indians and African Americans. This is caused by a variety of factors including lifestyle, lack of exercise, obesity, and food.

Type 1 diabetes may affect anybody at any age, although it is more frequent in children and teenagers. It is characterized by an insulin deficit in the body. The most frequent kind of diabetes in the world is type 2.

Gestational diabetes is high blood sugar that develops at any point during pregnancy in a woman who does not have diabetes.

Diabetes insipidus is a kind of diabetes in which the kidneys are affected. It is a kidney disease that affects a small percentage of the population. With this condition, the kidneys produce a lot of excess pee. The pancreas and blood sugar have nothing to do with diabetes mellitus. Under normal circumstances, kidneys filter the bloodstream and produce around a quart or two of urine every day. When a person has diabetes insipidus, their urine is more like 3 to 20 gallons, and it’s mostly water. This results in a significant loss of fluid and thirst. Some possible reasons are:

Central DI may be caused by damage to the hypothalamus (the portion of the brain that produces ADH) or the pituitary gland (which stores ADH). Head traumas, tumors, infections, and surgery may all result in this kind of harm.

Nephrogenic DI may be triggered by kidney disease, hypercalcemia (high calcium in the body), and some medicines including lithium, amphotericin B, and demeclocycline.

The symptoms of diabetes mellitus and diabetes insipidus are quite similar. The reasons for these symptoms, however, vary.

Diabetes mellitus is diagnosed using a few blood tests. One of these tests is the fasting glucose test. A doctor will collect blood for this test after you’ve fasted for at least 8 hours. The other exam does not require you to fast. It’s known as the glycated hemoglobin test. Your doctor will use the findings of this test to determine if you have prediabetes or diabetes.

Diagnosing diabetes insipidus may be done in a variety of ways, including the ones listed below.

Diabetes mellitus and diabetes insipidus have no cures; instead, patients must learn to manage their symptoms.

The blood sugar level of a person with type 1 or type 2 diabetes is usually controlled using medicines or insulin injections. To keep track of the quantity and ensure that it is within acceptable limits, it must be checked regularly. The most important thing to maintain blood pressure, body weight, and cholesterol levels low is to consume a healthy diet and exercise regularly. Make it a habit to see your doctor regularly.